What kind of winding technologies are there? 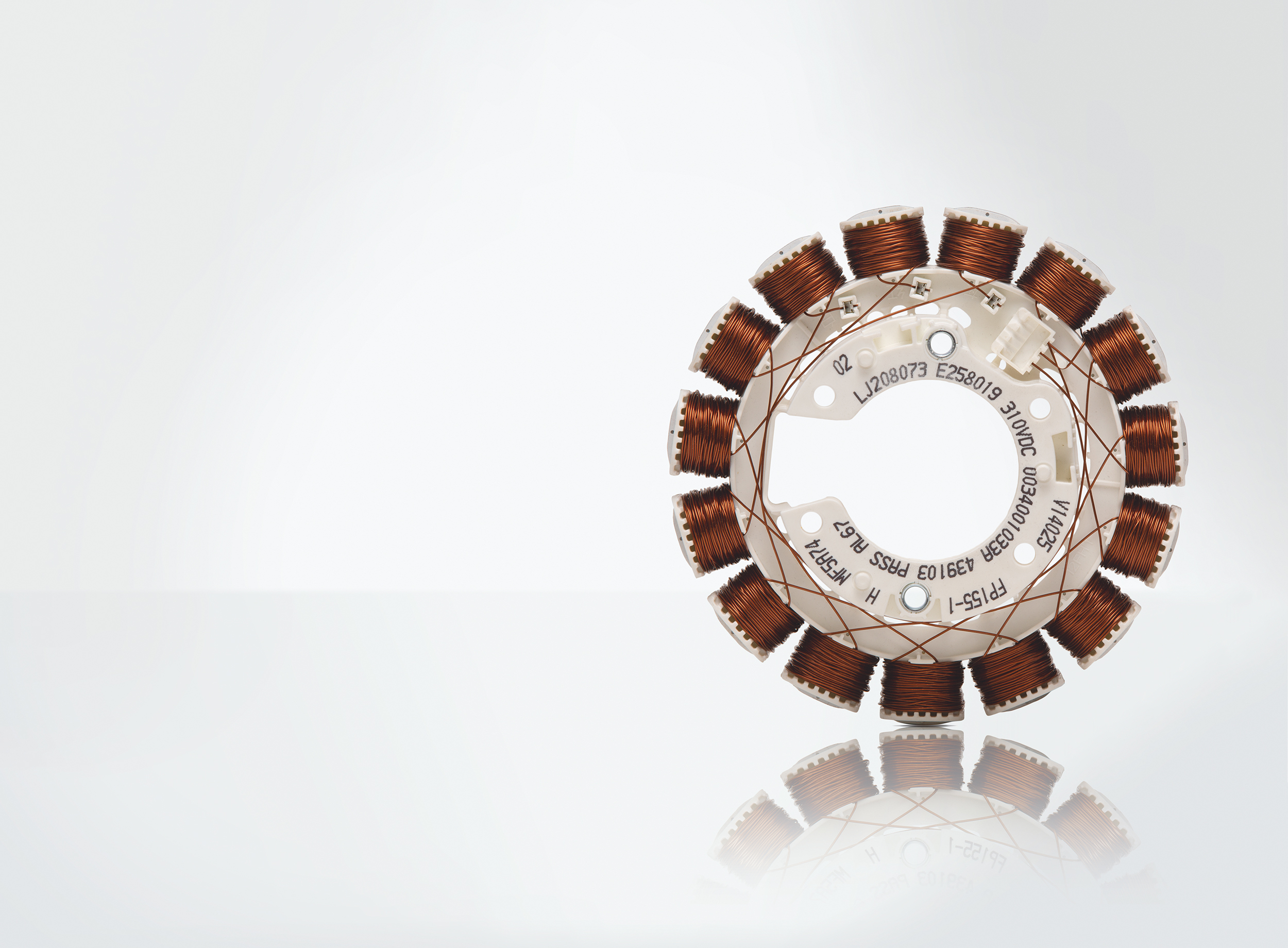 The goal of winding is to effectively place turns or coils of wire around the metallic core of the motor. That winding will then generate the magnetic flux that pushes and pulls the magnets and the rotor, creating torque.

When referencing winding methods for motors at a high level, there are two main ones: direct and indirect winding. The winding method chosen will be directly linked to the insulation system the motor has.

Direct winding will involve winding the wire directly onto the motor (stator coil). Direct winding is more constrained in terms of space required, so not as much wire can fit onto the motor itself, due to the poles and other components all vying for space as turns of wire are placed on the motor. This means you cannot fit as much wire onto the motor itself due to bigger clearances required between the poles. A key advantage of this winding method, however, is that it is quick and relatively simple, as it only requires a one step process.

Indirect winding will involve winding the wire onto a plastic carrier or bobbin. There will be a threading stage, along with a second process to install the bobbin onto the motor. The challenge with indirect winding is the transfer process. The wire needs to be protected during the automation process, which in general can be quite difficult to automate. This makes indirect winding more of a manual process overall. Also due to the two-stage process, the BOM cost of the motor can be a bit lower, however whilst manufacturing may be a bit more flexible, the manufacturing cost itself may be higher, due to more equipment being used, longer cycle times and more manual operation on the production line.

This type of winding is similar to a sewing machine, whereby the wire goes through a hollow needle that moves around the pole circumference over and over again. As the pole becomes covered, it will move up and down in neat rows, before moving onto the next pole to repeat the process. This technique can be used for both direct and indirect winding but is not typically used for indirect winding because it is a slower process.

This technique is used in many applications as it is a simple and more cost-effective method, and automation is very easy.

This winding technique does not use a needle, instead it uses a type of flyer arm that appears to throw the wire onto the coil in a high-speed process. Because the technique is extremely fast; it can wind turns much faster. Shedder winding is great for high-speed production and is suitable for both direct and indirect winding methods. The trade-offs with this method are that because of the speed, the process can be uncontrolled and untidy, with overlaps in the wire taking up space on the coil. This technique is not ideal for when good wire packing is needed. And the more wire you can fit on the motor, the more cost-effective it is going to be.


Linear winding – this third winding technique – similar to needle winding, is used to wind onto the cartridges of bobbins at extremely fast speeds. The bobbins spin around, and the wire remains in a straight line as it loads. The advantage of this technique is that you have incredibly good control of the needle position, resulting in the wire being very neatly packed and compressed onto the coil. The challenge of this technique is the ‘in-between wire’ on each coil and how it is managed when transferring onto the stator. Only an indirect method is suitable for this process.

Wire winding is an integral part of the manufacturing process. We have looked at the two high level methods – direct and indirect winding and briefly outlined their uses. We have also touched on the three primary winding techniques and what sets them apart from each other.

If you would like more information on this topic, or need to discuss your individual requirements, please contact us.